How to fight for your customers and win.

In my second job out of college, I went to work for an internet start-up.  Not one of the ones who made it, unfortunately, but we had a good run.

I started there doing marketing research, but within a month or two, the company was big enough to require a full-time Customer Service Rep, which I became.  Within another few months, they asked me to lead the team of support reps that we were hiring, and as a 23 year old new to the work-force, I jumped at the chance.

Around the time that I became the manager of the team, the company founders decided that they didn’t want us to merely provide service or support – because those things can be either good or bad.  They wanted us to provide satisfaction.  And so we became the Customer Satisfaction department.

A few months later, we got business cards.  I hadn’t been in a role that really merited cards before, and I was so excited to get them.

When they arrived, I opened my box, and here’s what they read:

I went to show them to my friend in sales, and I said, “Isn’t this great?  They just totally get what I do.  I AM a customer advocate!”

Then he showed me his new card, which read:

The company founders, being customer focused as they were; felt that everyone in our company, regardless of

their specific job, was employed to help our customers.   So everyone had cards that showed their title, and ended with “…and Customer Advocate”.   After my initial disappointment of not being “special” and “understood”, I realized what a terrific gift I, and everyone in the company, had been given.  We were all empowered to make the right decisions for our customers.  And we did.  It was an exciting time.  Going into work was fun, and I never dreaded picking up the phone or checking e mail, because I had all the tools and permission I needed to make my customers happy.  And I’m happy to say, that’s exactly what I did.

Sadly, like a lot of internet start-ups of the late 90’s, the company didn’t last.  But the founders of that company gave me experience that I’ve carried with me in the 15+ years since I left our crowded, chaotic office space.

With every company I’ve joined since, I’ve worked to promote my customers’ needs.  In some companies, that has been easier than in others.  But my managers, and more importantly, my customers have always appreciated my ability to take their needs and communicate them within my organization.  Even if I haven’t been able to fix everything, my customers felt as though they had been heard, and that’s a good first step.

I’ve moved out of a pure Customer Support role within my company, but that doesn’t mean that I’ve stopped advocating.  In fact, I have used my new role in Training to provide different avenues of communication.   I have several customers who refer to me as their “Dedicated Support Rep”.  They know my actual title, but it’s that invisible “…And Customer Advocate” that keeps them happy, and that’s fine with me.

Allison Everett is a prolific solutions trainer, support professional, customer advocate, and makes the best pepper jelly in the state of Tennessee. While she has served in many roles and industries, the defining mark of Allison’s career is her unique ability to help customers succeed.

CCS Named #16 of the Top 50 Service Blogs from Feedspot! 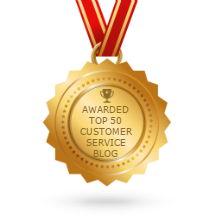